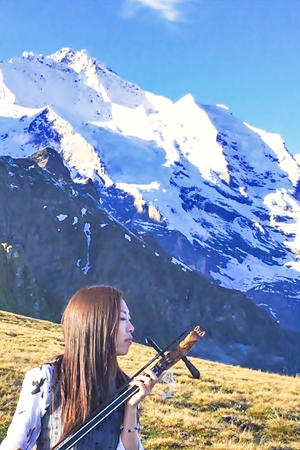 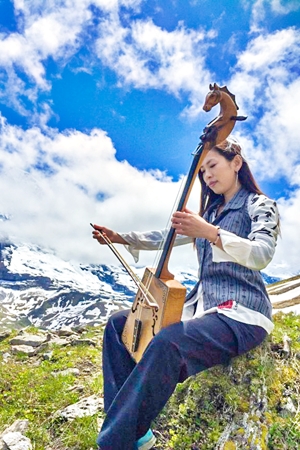 2001： Chi Bolag (He used to be a living Buddha but now he is more famous as a Batokin fiddle artist) set a Guinness record by leading 1,000 juvenile Batokin fiddle players to perform the piece of “Ten Thousand Horses Galloping” at an International Juvenile Horsehead Fiddle Art Festival, held in Hohhot. I was one of the players.

2007〜2010：Performed various times on musical TV programs in Inner Mongolia. The music I composed is used for a musical program as theme music of the program as well.

2008：Run the whole distance of 800 kilometers on a horse for 9 days between Inner Mongolia Prairie and the Great Wall of China in Beijing.

2008: Participated as a solo player at Mongolian International Batokin Festival and won a First Excellence Award of Foreign Players.

2008~till Now：Performed numerous times at main music halls in major cities in China, Taiwan National Theatre (2010), and major concert halls in Japan as a member of IEMA Ensemble.
IEMA Ensemble has been authenticated as a living national treasure Chi Bolag, as the greatest of Batokin ensemble of the National Mongolian Music and Dancing Theatre

“Suho’s White Horse” is a very well known Mongolian folk story. It is the story of the origin of Mongolian traditional instrument, Batokin.

I compose music for Batokin and play with many other instruments. I am also good at improvising.